If you are going on holidays don’t forget science will go with you whenever you are!

Why do some drinks sweat?

When it’s hot outside and you are drinking in a terrace you just have to wait 5 minutes to feel that the glass is wet on the outside. Tiny drops of moisture have formed on the outside of the glass like the sweat on your forehead. You knew it was hot out, but is your glass really sweating?

Not quite! It may look like sweat, but that’s water on the outside of your glass. But how did it get there? Did it just magically appear out of thin air?

Actually, it did come right out of the air, but there’s nothing magical about it. It’s all science! The scientific name for what happened is condensation.

Whether you realize it or not, there’s water in the air around you all the time. Instead of liquid water, it’s a gas called water vapor. Warmer air can hold much more water vapor than colder air.

When water vapor in the air comes into contact with something cool, such as the outside of a cold glass, its molecules slow down and get closer together. When that happens, the gaseous water vapor turns back into liquid water droplets. That’s condensation. 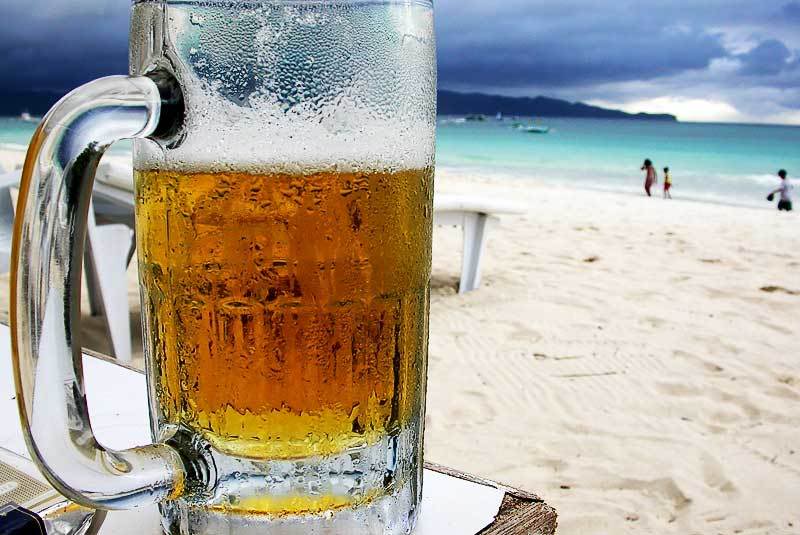 Do you always feel like the return trip home following your holiday is far shorter than the journey you took to get there? Well, you’re not alone.

As it turns out, human beings aren’t so great at perceiving time and we suffer a strange ‘return trip effect,’ in which when you visit an unfamiliar location and come back, the journey back appears to take less time, despite the fact that you’ve travelled the same distance.

But why is that the case?

Researchers in Japan attempted to answer this question by sitting people in a room to watch a 20-minute movie of a cameraman walking around a city.

People were splitted in two groups.

When they were asked to recall time passed afterwards, those who took a ‘return trip’ remembered the second part to be shorter while hose who took the two one-way trips, however, did not.

Psychologists have attempted to explain the return trip effect as the combination of two factors.

On one hand, during the initial trip, travellers pay more attention to time passing as they want to arrive, and since they are continually checking a watch or phone, time seems to move more slowly.

On the other hand the effect has to do with familiarity. On the way there, the route is often unclear, but on the way back, you recognise certain landmarks and sites, which makes it feel shorter.

To help make your otherwise long-feeling journey seem shorter, remember that ‘a watched pot never boils’ and put down your watch and phone. 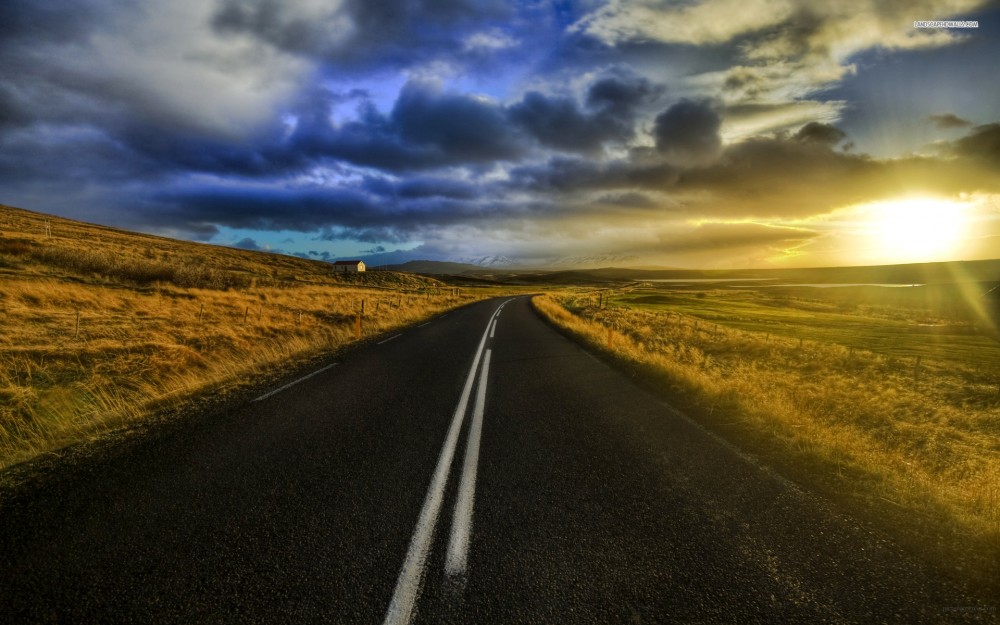 What makes sand sculptures stay together?

Water is sticky. Would you ever use the word ‘sticky’ to describe it? Probably not. If anything, water is useful in washing stickiness away. However, if you closely examine water in its smallest form of atoms and molecules, you will find that it is ‘sticky’ in a sense. Not sticky like a child’s hands after eating a lollipop, but sticky in a cohesive way.

Making a dry sand castle is nearly impossible, but if you wet the sand every grain gets an envolture of water that let you to build amazing structures.

This happens because water is a polar molecule. In every molecule oxygen is partially negative and hydrogen partially positive and you know that opposites atract.

So an hydrogen from one molecule atracts an oxygen from another molecule forming an hydrogen bond. This is what is called cohesion and it’s responsible for sand sculptures to stand still. 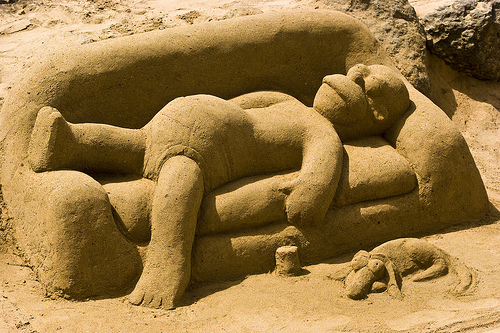