What if everyone jumped at once?

When you jump nothing seems to happen to the Earth… but what if, you gather some friends, and what if, you were so nice everybody literally like you and wish to meet you just for the experiment of jumping together.

There are tons of us! we share the planet with 7 billion other people, so… what would happen if we met with literally everybody to jump at once?

First things first… where should we meet? Where do we all fit?

If the whole humanity lived with the same density there is in New York we could fit in the Iberian Peninsula. If we stood shoulder to shoulder we could all fit into an area the size of London.

So ok… let’s imagine we all meet in London and jump together.

My first thought is that the Earth is spinning and like an ice skater pulling her arms in to increase the speed of spinning the Earth would rotate faster when we all land together.

That actually happened in the last Japan earthquake in 2011. That earthquake moved so much mass towards the center of the Earth that every day since then has been 0.0000018 seconds shorter.

However, if we tried to recreate the force of that earthquake simply by jumping we would need seven million times more people than currently live on Earth.

Our collective mass is an awful lot, just not compared to the mass of the Earth. 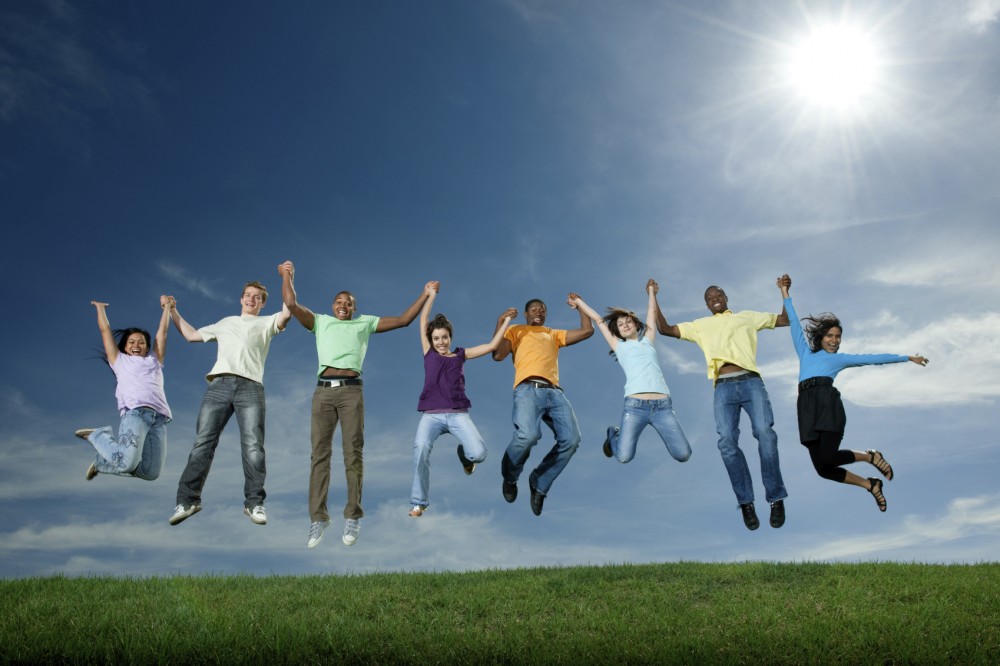 If you could drill a tunnel through the whole planet and then jumped down that tunnel, how would you fall?

This is a nice hypothetical question because a hole can’t be drilled through the Earth.  By the time you’ve gotten no more than 50 km down (being 6371 km all the way through) your tunnel will fill with magma.

But, assuming that wasn’t an issue, and you’ve got a tube through the Earth from Spain to New Zealand let’s think about what would happen when you jump.

Can you breathe? Because if you can that means there is air in the tube, and the lower you are, the more air is above you, and the higher the pressure.

We usually have 100 km of atmosphere above us, if there was air in the tube and it increased in pressure and temperature the way the atmosphere does with altitude you would only have to drop around 50 km before the pressure in your head was as high as it is at the bottom of the ocean.

Maybe now you are thinking, ok, let’s pull out all the air and jump wearing a nice space suit to let me survive. Well, then you are still in trouble.

The Earth is rotating, and because there is no air and no friction you are falling straight. This means either you will be pulverized against the wall of the tunnel or would slow down and slide to rest near the center of the planet.

But, assuming that you are able to stop the Earth, then you would be free to fall all the way to the far side of the Earth. Once you got there, you would fall right through the surface again, oscillating back and forth sinusoidally like a clock pendulum and it would take you about 42 minutes to make the trip from one side of the Earth to the other. 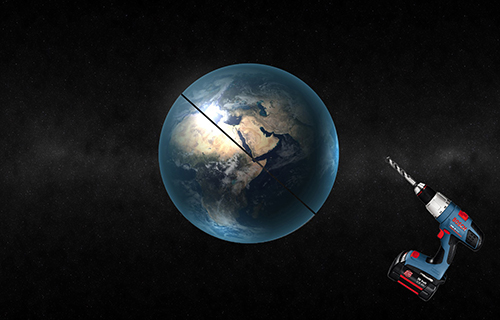 But… what if the world stops spinning?

For starters, Earth would need a whole year to do what it does in a day: cycle from night to day and back. Cities would spend half the year in darkness and half the year in full light, just like the North and South Poles do today. And, like the poles, every region would still experience different seasons, but an equatorial region would spend infernally hot months very close to the sun, while that area’s global counterpart would spend dark, frigid months very far away from it. That’s trouble for the plants and animals and of course, for the people living there as well.

Because the Earth rotates, centrifugal force causes the planet to increase along the Equator. Without rotation, all of the extra water held in place along the equator would go toward the poles.

Could crops survive the extremes of this new world? Could any plants? If not, the entire food chain would be in danger. Perhaps we could find new crops or modify existing ones to tolerate this new environment. Or maybe we would become dependent on perennials that return with warm weather. 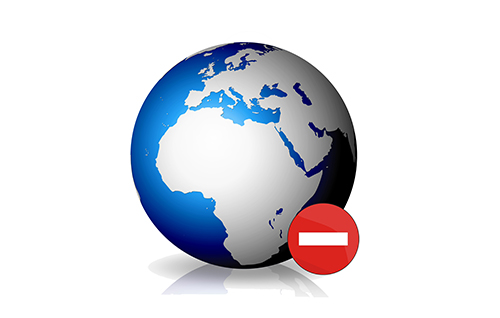