Science is fun and cartoon producers know it. There is a scientist character in many cartoons. In Dexter’s laboratory a scientist is the main character and in the Powerpuff girls Professor Utonium is the responsible of the girls having superpowers. Although it’s more common to find the scientist to be a secondary character and the perfect excuse to show a bizarre invention! That’s the case of professor Frink on The Simpsons, professor Hubert on Futurama or professor Bacterio on Mort & Phil. But even in cartoons where there is no scientist character we can learn plenty of stuff about science.

There is something very important to learn from Scooby-Doo. Every episode begins with our four teenagers and their dog discovering that something paranormal is happening and every episode finishes explaining somebody else was behind the magic hidden by a mask. Everything has a rational explanation. Well… maybe everything but the talking dog. But it’s a great show so we can forgive that. 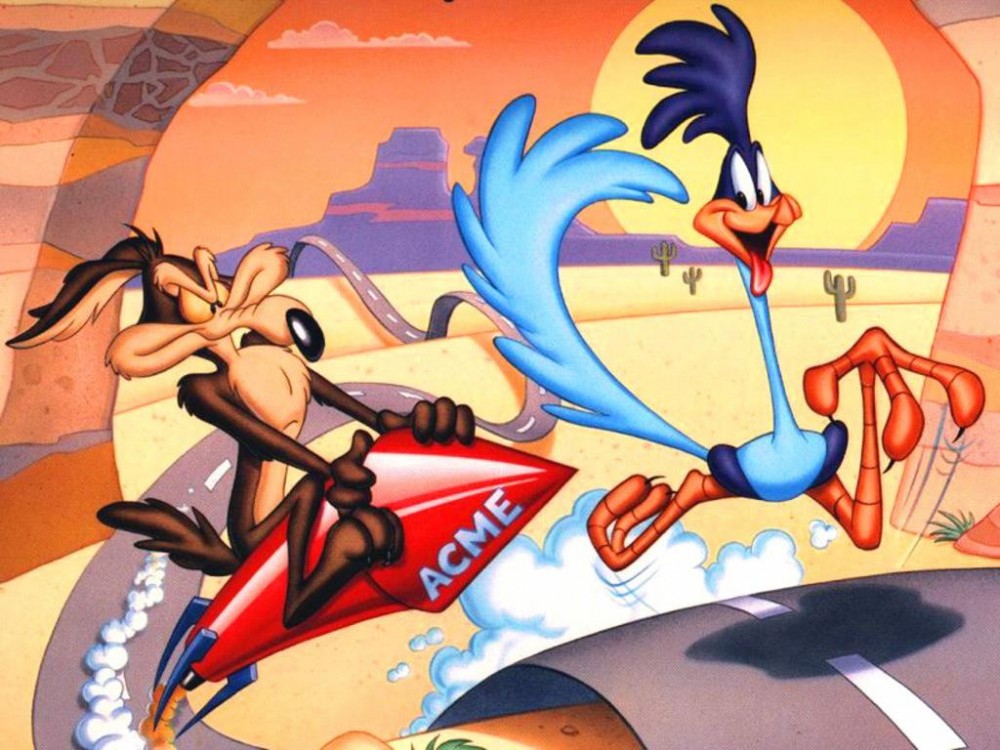 This was one of my favourites. It seems normal that being a physicist now I loved a cartoon full of springs, catapults, structures, rockets and pendulums when I was a child. The coyote has a ‘scientific name’ that changes in every chapter (‘Carnivorous Vulgaris’, ‘Eatibus Anythingus’ or ‘Road-Runnerus Digestus’). He was always setting up all kind of inventions using ACME products. We have seen him wearing a freezer as a backpack and skiing down a mountain on the ice cubes that the freezer was producing. We have also seen him wearing rocket skates and being the projectile launched by a catapult trying to reach the road runner. I’m pretty sure the coyote was an engineer However the road runner (‘Accelerati Incredibilus’, ‘Delicius-Delicius’, ‘Super-Sonicus-Tonicus’) just run. But he was always able to scape from the coyote because he has something very important on his side… his very own laws of physics! So… both characters get running onto a cliff, they continue running and for a few seconds they do run on the air. Then, the coyote looks down and gravity starts pulling making him fall. In the meantime the road runner can cross the whole cliff, just because he didn’t look down. Or maybe the coyote is painting a tunnel on a wall and the road runner just goes trough it like it was real, but when the coyote tries to follow he will just bump against the wall. Fortunately the coyote can fold like an accordion, stretch like a rubber band, get burned to ashes or split into tiny bits… he will look as good as new in the next scene. 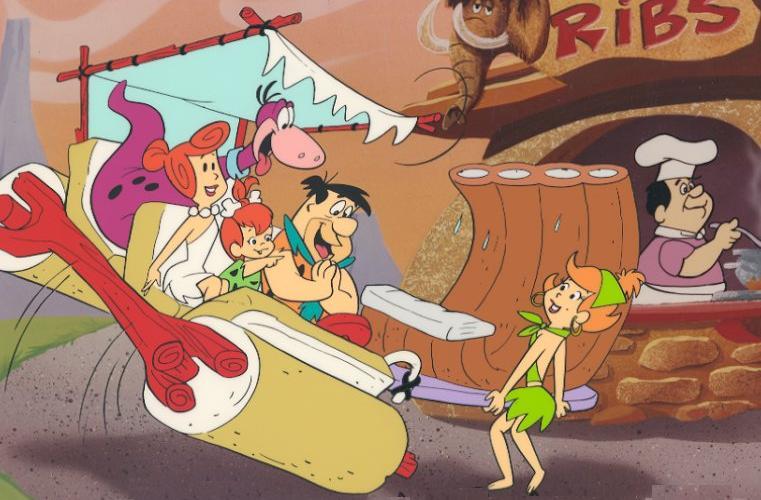 In the fantasy and prehistoric world of The Flintstons humans live with dinosaurs, saber-toothed cats and mammoths. Their technology is alike XX century but changing machines by prehistoric animals. For example, if somebody takes a picture you will find a bird inside of the camera carving the image with its beak and complaining about its job. Some details would escape the physics laws. For example, the cars that were made out of logs and had stone wheels were powered by the drivers’ feet. That’s clearly impossible… nobody can push a car that way. Although maybe the cars just looked like they were made out of heavy logs and stone but were light instead. That would explain the scene at the opening when the family is going to a fast food restaurant and some big ribs knock over the car.

If you were a kid in the 80s living in America you missed plenty of great Japanese cartoons that we loved here in Spain.

Known in Spain as ‘Oliver y Benji’ this is a show about kids playing football. The funny part is when a character runs to the goal and he cannot see the physical structure due to the Earth’s curvature. Is that even possible? If you are 1,70m tall the horizon is 4,5km away. In this show the goal appears in the horizon about 3/4 of the field length so the field is 18km long! Now I get why a single game lasts several episodes! 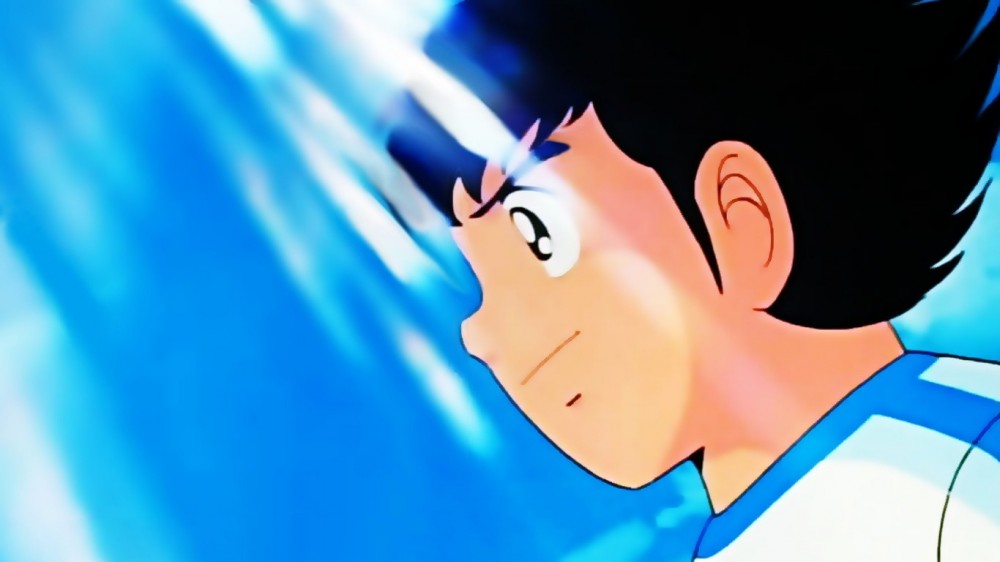 During the opening this little kid is swinging in a giant swing. If you measure the period of the pendulum formed by the swing and knowing that the relation between the period and the length:

You can calculate the length of the swing that is 20 meters high… around 7 floors! Not too high for the German Company Linie M. that has already set 4 swings this high in Wolfsburg.

Dragon ball’s universe is also great to talk about science… if you are worried that Goku’s hair stands up when he transforms into a Super Saiyan may have something to do with static electricity or want to know if the Kamehameha is just a wave or is composed by particles you will be happy to know there is an exposition in Tokyo about science, technology and Dragon Ball starting on April the 29th 2015. 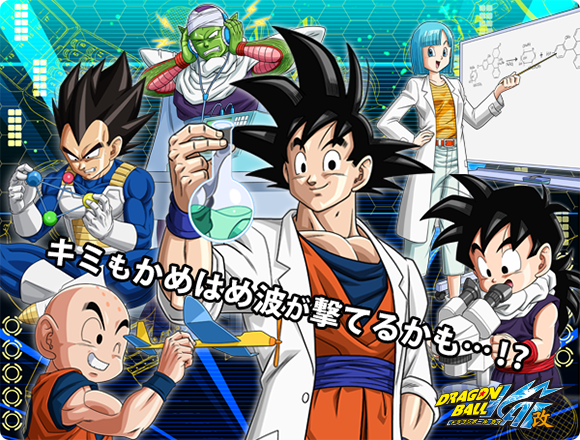 TO FINISH… A TOM AND JERRY SCIENCE LESSON.