Have you ever found difficult to weigh something because it is too light?

Recipes know this can be a trouble and that’s why you will read 100 ml of milk or 150 g of flour but you will find a pinch of salt instead of 2 g because recipes know the scale you have at home is unable to weigh that little.

There are many things that you cannot weigh with your regular scale… like a post-it, a feather or a pin. You would need a precision scale for that. There are other things that are even more difficult to weigh, like air.

Does air weigh at all?

Yes it does! It’s vey light though and you will need some stuff to do it in your kitchen. Do you want to try?

You can do it by filling a plastic bottle with some extra air using an air pump and weighing it before and after.

To fill the bottle with the pump you will need a cycle valve. You can remove this valve from an old cycle tire and attach the valve in the bottle cap getting sure there is no air leakage. Then place the cap on the bottle again.

Weigh the empty bottle, fill it with some extra air, around 2 atmosphere is ok, but just don’t do it over 5 because the bottle could explode.

Weigh it again. You will notice the bottle weigh some more grams now!

There is something even more difficult to weigh than air. A shadow 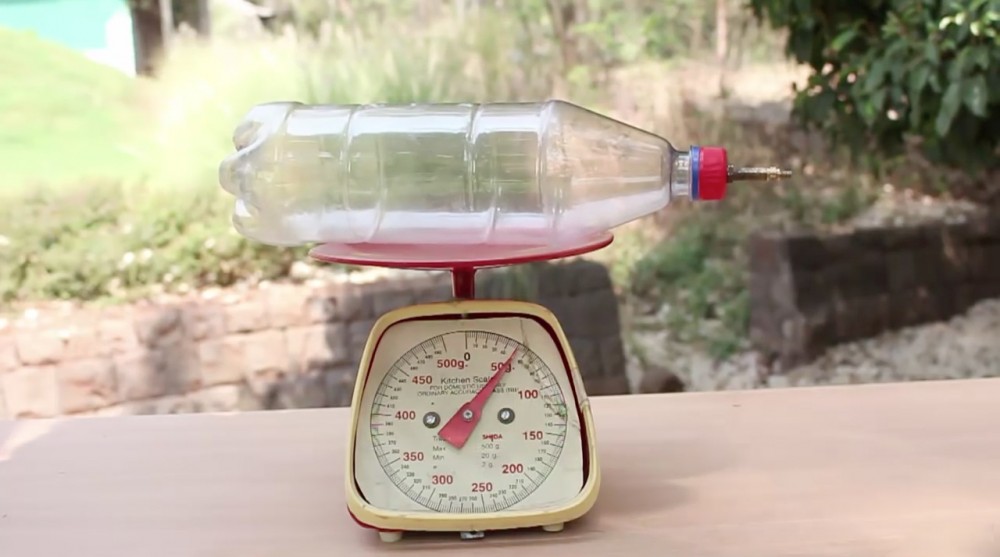 Does a shadow weigh?

It looks like a silly question. You cannot open a shadow can, get some with a spoon and put it on a scale. But you can do is to weigh something with a shadow on top of it.

Do you thing you there is any difference? Do you think the weigh of an illuminated object is different than the weigh of that very same object with a shadow on top?

But actually is light what weighs. Light is formed by plenty of particles called photons. Those photons hit the surface of objects pushing them down and making them a bit heavier. It’s like you were weighing a car while hundreds of people threw balls to the roof from a high building. It will weigh a bit more, won’t it?

You may think now… hey, but photons doesn’t have mass. And, that’s right, they don’t… but they do have energy, and at the very end, thanks to Einstein we know energy and mass are the same

To weigh a light we will really need a very very very good scale. Light is ridiculously light.

So let’s use the only scale that is able to weigh something that light. Math.

That’s not much… but the longer the scale the funnier the numbers.

The city of Madrid weighs 140kg more during the day than during the night just because the Sun light pushes it down. 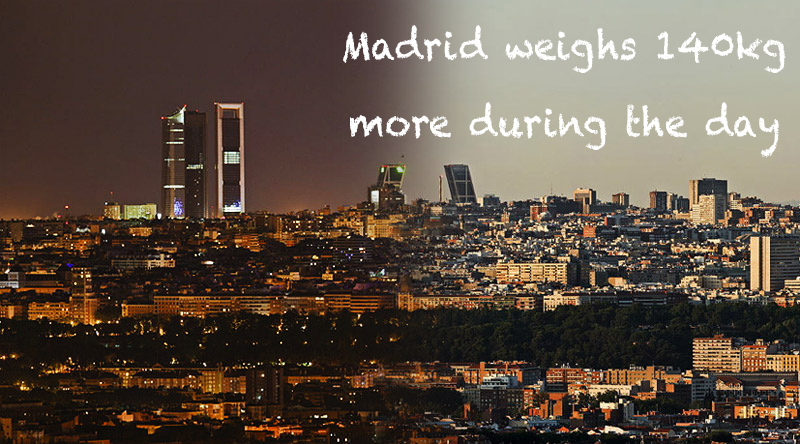 And outside the atmosphere, where the solar radiation is not filtered the numbers are even more impressive. If you want to send a space rocket from Earth to Mars just because the light of Sun will be pushing the rocket’s trajectory will change a 1000 km! So it is not a insignificant force, you really have to take that into consideration when programming the GPS

So yeah… it’s difficult to measure but a shadow does weigh. Some small negative number indeed, because things weigh more under the light.

You may think I’ve cheated a bit, shadows don’t really weigh, light weighs… but light is just so much interesting

Did you know nothing can travel faster than the light in vacuum?

The speed of light in vacuum is the velocity limit for any object in the Universe and its value is:

This is a weird concept… and sometimes you get across questions like this:

Light needs 8 minutes and 20 seconds to travel distance from the Sun to the Earth. What if we had a button on the sun and a very very long stick, exactly 8 minutes and 20 seconds light long. If we push the stick from Earth we could press the button instantaneously, couldn’t we? Would us then be transmitting information faster than the speed of light?

The answer is… no. Even though you think pushing a stick from one side the other side instantaneously moves too the truth is that the information of being moved is transmitted along the stick. One molecule pushes the next and that one the next and so on… and that process is way slower than the speed of light.

It’s like holding the top of a slinky letting it stretch and then releasing it. The bottom of the toy needs some time to get the information that the whole thing is falling down, so it shrinks first and then it falls. 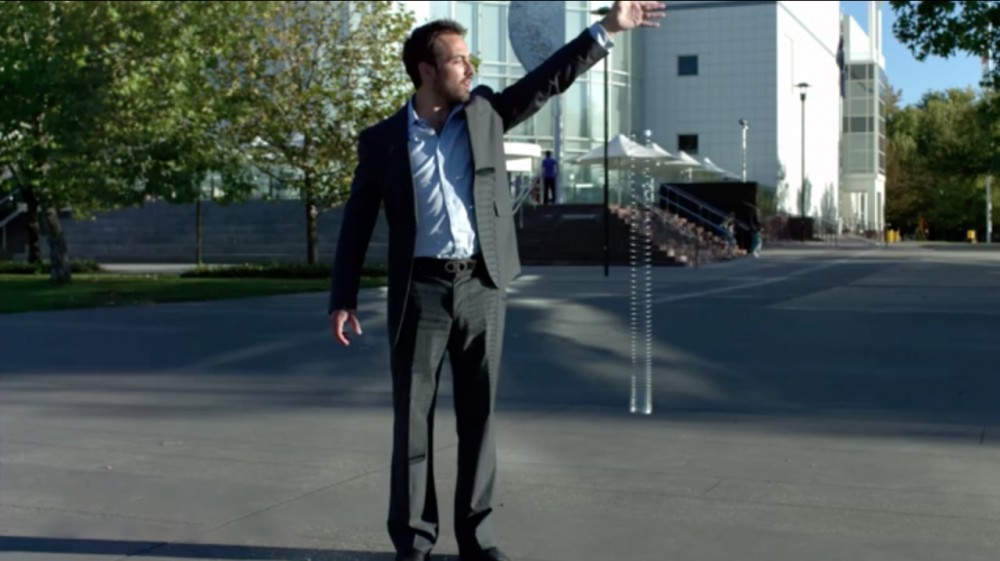 There are other fun questions about this… for example, would Headlights Work in a rocket traveling at Light Speed?

If you are curious I recommend you to watch Vsauce’s answer in this video: Youtube