Halloween is a holiday celebrated on the night of October 31st.

The word is a shortening of All Hallows’ Eve, the Catholic holiday, but it also has its origins in the Celtic festival Samhain that celebrates the end of the harvest season.

Samhain was used by the ancient pagans to stock supplies and prepare for winter. The ancient Gaels believed that on this day the boundaries between the worlds of the living and the dead overlapped and the deceased would come back to life, causing sickness or damaged crops.

This is why Halloween is full of orange and black. Orange symbolizes harvest and black symbolizes death!

The festival frequently involved bonfires. It is believed that the fires attracted insects to the area, which in turn drew bats.

In addition, masks and costumes were worn in an attempt to mimic the evil spirits or appease them.

The practice of making jack-o-lanterns originated from an Irish myth about a man nicknamed “Stingy Jack” who was banished from both Heaven and Hell. In Ireland and Scotland, people made Jack’s lanterns by carving scary faces into turnips or potatoes and placing them into windows or near doors to frighten away Stingy Jack. Immigrants from these countries brought the "Jack O’lantern" tradition with them to the United States, where they found that pumpkins make perfect jack-o-lanterns.

Fear is a chain reaction in the brain that starts with a stressful stimulus and ends with the release of chemicals that cause the heart and breath to accelerate and energizes the muscles, also known as the fight-or-flight response.

This means being an actor in a haunted house is very dangerous because sometimes people don’t flee, they fight! So yeah, they receive some punches in the face from time to time. 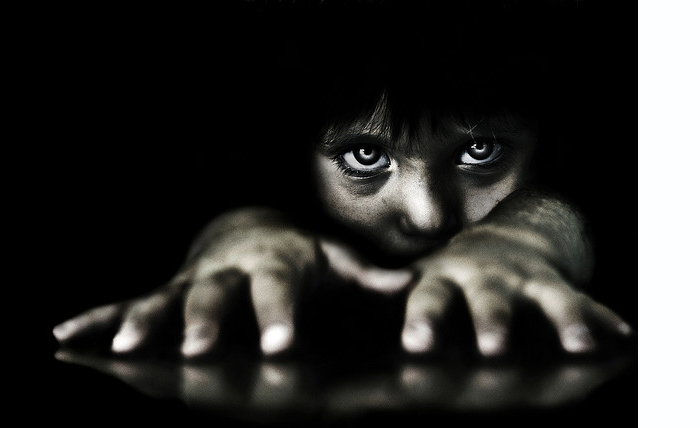 According to Stephen King, there are three categories of scary things.

This is something repugnant, disgusting, morbid, diseased.

Horror, to King, is the unnatural. A giant spider, or being grabbed in the dark when you thought you were alone.

In between the previous we find the creepiest. Terror is feeling something behind you, but then turning around to find that there was never anything there in the first place. Not a lot of research has been done on that feeling:

Why Creepy is Creepy?

Being afraid of the right things kept our ancestors alive. It makes sense to be afraid of poisonous insects or hungry tigers, but what about fear when there is no clear and obvious danger? For instance, a Teddy Bear with a full set of human teeth.

What gives us the creeps? What causes something to be creepy?

A mask is creepy. Covering the face temporarily eliminates social interaction. The face is the part of the body that reveals personal feelings and attitudes. Part of the reason even a neutral or happy mask can be creepy may have to do with ambiguity. A mask hides the true emotions and intentions of the person underneath so we don’t know if the person wearing that mask is a threat or not.

Vagueness is creepy when it comes to the human form. This is the Uncanny Valley we were talking about last week. There’s a zone where something can be almost entirely human, but off by just a little. If an entity looks sufficiently nonhuman, its human characteristics will be noticeable, generating empathy. However, if the entity looks almost human we will expect it to act like a human. The nonhuman characteristics will be noticeable, giving the human viewer a sense of strangeness.

Creepy things are kind of a threat, maybe, but they’re also kind of not. So, our brains don’t know what to expect. Some parts respond with fear, while other parts don’t, and they don’t know why. So, instead of achieving a typical fear response (horror), we simply feel uneasy, terror, creeped out.

Now, we’re not done with ambiguity yet because the English language reflects the gray area of terror and creepiness. Take a look at the word “terror,” itself. We have “horrible” and “horrific”. Both negative feelings. And then we have “terrible” that’s bad as well and “terrific” that is fantastic!

Why is that? Well, through history, we never really figured out what to call powerful experiences, because they’re both. They are awesome and awful. Is that terrible or terrific? Well, it’s both.

If you are hosting a Halloween party this year and you want to surprise your guests, try making a scientific jack-o-lantern. You will need a large pumpkin, a large glass, hot water, salt and dry ice. 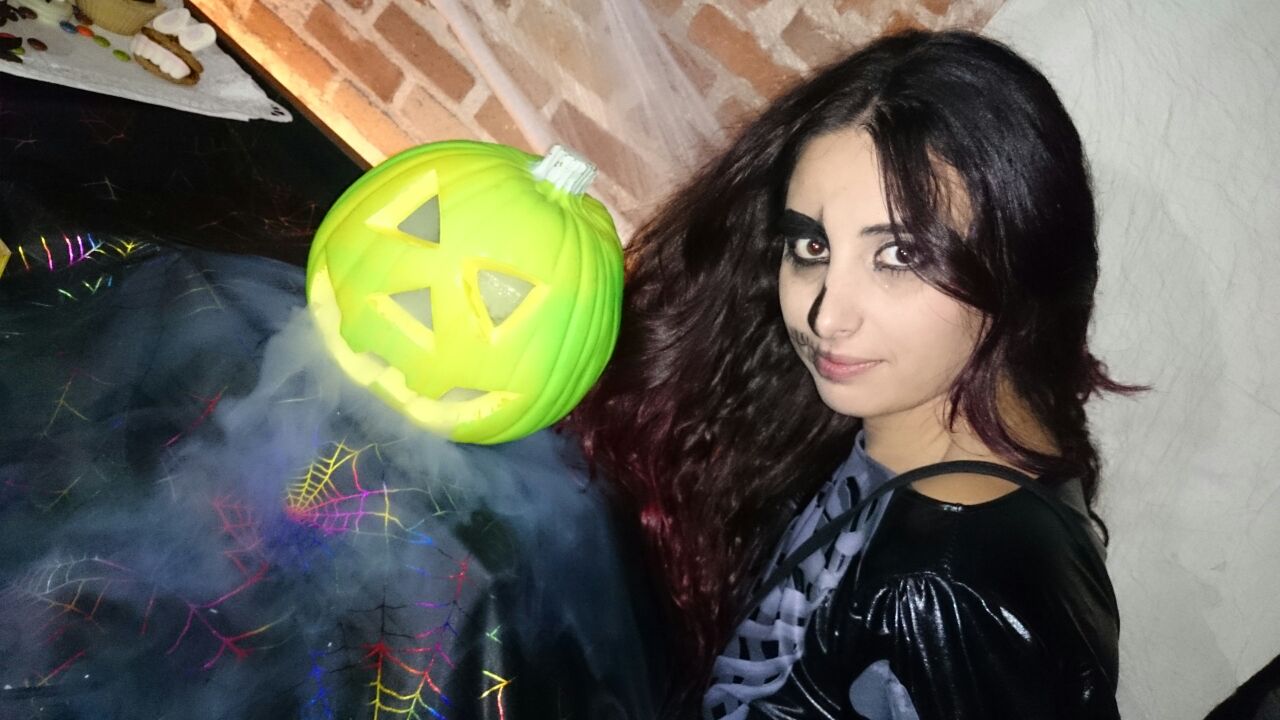 Choose a pumpkin large enough to hold a large can inside. Clean out the pumpkin and carve a frightening face. Keep in mind that carbon dioxide fog sinks so more fog will flow out of the bottom.

When you are done cleaning out and carving your pumpkin, fill a large glass about half full with hot water.

Use a glass that is taller than the eyes of your pumpkin in order to get fog to flow through all of the carvings. Place the glass inside the pumpkin.

Dry ice is −78.5 °C so wear thick gloves to drop two or three large pieces of dry ice into the cup of water and cover your pumpkin.

As the water cools, add more hot water to maintain the fog effect. The hotter the water, the more fog, but the quicker the dissipation of the dry ice.