From a Roomba vacuum cleaner at home, to the robotic rovers on Mars, robots surround us.

What does the word ‘robot’ mean?

The word robotics was derived from the word robot, which was introduced to the public by Czech writer Karel Čapek in his play Rossum’s Universal Robots, which was published in 1920.The word robot comes from the Slavic word robota, which means labour. The play begins in a factory that makes artificial people called robots, creatures who can be mistaken for humans, similar to the modern idea of androids.

Some history of robots.

Aristotle saw that the human condition depends on what machines can and cannot do. If machines did more of our work, everyone, even slaves, would be freer. 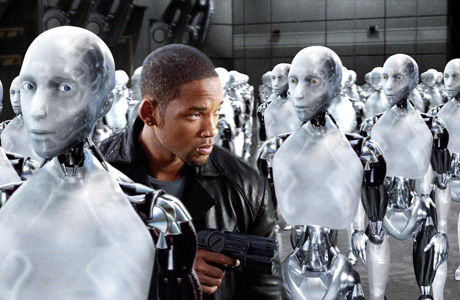 Around 1495 Leonardo da Vinci sketched plans for a humanoid robot but it is not known whether he attempted to build the robot.

Jacques de Vaucanson created a famous mechanical duck that could crane its neck, flap its wings and even swallow food.

Alan Turing proposes a test to differentiate machines from humans. It has become known as the ‘Turing Test’.

The first self-replicating robot was created. Each robot is made up of a tower of cubes, which link together using magnets.

Which are the three Laws of Robotics from Asimov? Are they only fiction?

In Asimov’s fictional universe there were some rules incorporated to every robot’s software to control their behavior and protect humans.

Asimov also added a fourth, or zeroth law, to precede the others:

0. A robot may not harm humanity, or, by inaction, allow humanity to come to harm.

The point of the Three Laws was to fail in interesting ways; that’s what made most of the stories involving them interesting.

Asimov was asked in some interviews it he though his Three Laws of Robotics will actually be used to govern the behavior of robots he would answer. He said:

“…My answer is, “Yes, the Three Laws are the only way in which rational human beings can deal with robots—or with anything else.”

“… But when I say that, I always remember (sadly) that human beings are not always rational.”

When robots look too human

The Geminoid-DK is a robot copy of Professor Henrik Scharfe from Denmark.

That ambiguous feeling of creepiness refers to a specific phenomenon with a scientific name: the “uncanny valley.” Simply, when an artificial agent becomes too human-like, real humans begin to like them less.

Star Wars (1977) brought us lots of new ideas about robots. In the Star Wars films, robots are used for labor and are designed according to what they need to do. The robot R2-D2 is small with 3 legs because he is basically a living toolbox where as C-3P0 is human-like as he serves humans and specializes in etiquette, customs, and translation. 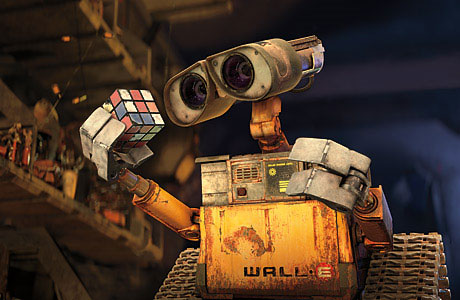 In the 1980’s, robots in films were played by humans to show how advanced they had become. That happens in films like Robocop. The exception to this 80’s rule is the 1986 film Short Circuit. In this film the robot Number 5 is a military robot that gets struck by lightning and then goes on to become a cute and lovable creature with a hunger for information.
In the last 10 years however, it seems that robots in films are all trying to find their humanity. From the kid in AI and the droids in I,Robot, robots in films today seem to be most concerned with friends, family and their own soul. Wall-E is the pixar exception.

Robots in the future… what will happen?

Reasons to be hopeful

Robots have replaced humans in the assistance of performing those repetitive and dangerous tasks which humans prefer not to do, or are unable to do due to size limitations, or even those such as in outer space or at the bottom of the sea where humans could not survive the extreme environments.

Reasons to be concerned

There are concerns about the increasing use of robots and their role in society. Robots are blamed for rising unemployment as they replace workers in increasing numbers of functions. The use of robots in military combat raises ethical concerns. The possibilities of robot autonomy and potential repercussions have been addressed in fiction and may be a realistic concern in an ever-closer future.