Sci-fi and action Hollywood movies sometimes introduce incorrect physics concepts. Even though they succeed artistically not everyone who watches movies understands that the content is primarily for entertainment only.

Today we are going to review some plots to examine whether correct science is used. Let’s go back to 1985 to check my favorite film as a child. 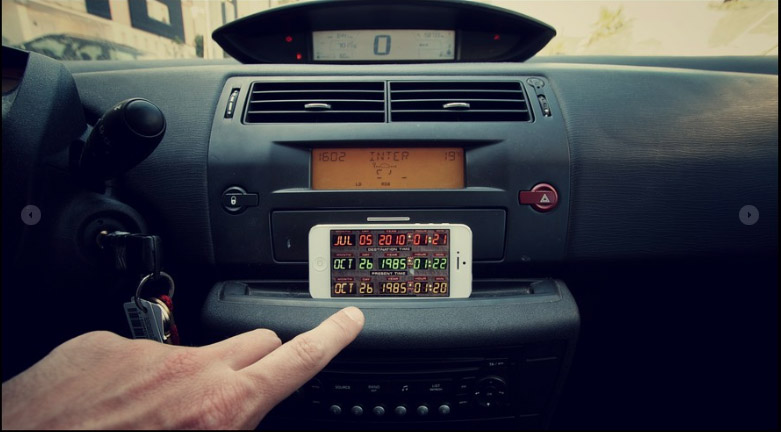 Back to the Future Part II

Back to the Future is an American science fiction comedy film. It was produced by Steven Spielberg. The star Michael J. Fox plays Marty McFly, a teenager who is accidentally sent back in time to 1955.
The sequel was filmed in 1989. The plot begins where the original film left off. Marty McFly and his friend Dr. Emmett Brown (“Doc”) travel to 2015 to prevent McFly’s future son from ending up in jail.

The film accurately predicted a number of technological and sociological changes, such as:

– The rise of ubiquitous cameras.

– Influence of Asian nations over the United States.

– The ability to watch six channels at once.

– Increased use of plastic surgery.

We are still missing the Nike tennis shoes Marty wears with automatic shoe-laces in stores. Nike eventually released a real version of their Hyperdunk Supreme shoes, which appear similar to Marty’s shoes, in July 2008 but their MAG line of shoes did not feature the self-lacing feature shown in the film.

An inspired fan named Blake Bevin also created shoes that tie themselves in 2010. They have motors on the back to stretch the laces. They don’t look like the one on the movie, but they are definitely very cool.

In the most famous scene on BTTF part II Marty Mc Fly jumps on a hoverboard. A pink floating skateboard with out wheels. After that scene, whether you were a skateboarder or not, you wanted an hovercraft.

Although Mattel released a board in 2012 looking similar to the one in the film, it doesn’t hover at all. Don’t settle for the non-hovering Mattel replica hoverboard, which we can all agree is $120 better spent elsewhere.
Researchers at Université Paris Diderot in France have recently develop the “Mag Surf”, a board full of superconductors which
levitates 3 cm above two magnetized repulsing floor rails and can carry up to 100 kg.

This levitation device uses liquid nitrogen (a liquid that is at -198ºC) to block the distance between the superconductors hidden in the board and the magnetic rails.

When a superconductor is chilled below certain point in the presence of magnetic field, this field is blocked so the distance between the superconductor and the magnet is fixed.

So magnets on the rail not only repel the board, but also blocks it at certain height so the board won’t fail from above the rails.

I tried this board last year, while Will Smith was visiting us on the Hormiguero show. It was my first time skateboarding… and it was with a floating board!

I really don’t think we will have the boards on the streets by 2015, but perhaps in the near the future.

If there is a sci-fi film that has marked generations is Star War Saga.

And the Jedi light sabers are the most representative objects in science fiction.

What we know from the movie, is that Jedi weapons are actually a device capable of emitting a very hot and thin beam, with
limited extension that can cut everything but another saber.

Could we get that with the lasers we know?

We already have laser that can cut steel (Commonly associated with a generator the size of a sofa) but we have two bigger problems than the size.

The first one is limited extension. Just hold a laser pointer to check that light tends to follow its path until it is lost.

The second problem is that a light saber cannot stop another saber. Just cross 2 pointers to see that nothing happens.

But luckily for the saga fans last year, scientists discovered molecules with laser light! The tapping between them could be similar to what happens when using one of these Jedi’s tools and that means we are one step closer to the dreamt technology.