Science starts early when the alarm clock wakes you up in the morning. Science even lets us talk to you through the radio right now.

There is a place where science is tastier. The kitchen!

We are used to doing a lot of stuff in the kitchen without realizing how much physics is involved.

Give me one example of a kitchen appliance full of science. 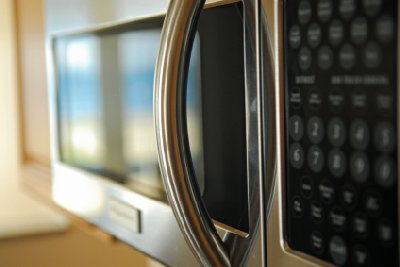 This means you cannot heat anything up if it doesn’t consist of water.

Have you ever tried to heat an empty dish in the microwave? It doesn’t heat up. It’s not even warm when you take it out. This is because it doesn’t contain water.

But this doesn’t mean that if you heat some food up in a dish the dish itself won’t be able to burn you.

A dish containing food will be hot when you take it out of the microwave because the food that was heated up inside was in contact with the dish the whole time and during that time it transferred heat by contact, heating up the dish.

Many people haven’t paid enough attention to the machine itself.  Many people think the front door of their microwaves is transparent, but it isn’t.

To be able to see the food inside of a microwave oven there is a clever idea installed on the front of every microwave that you may never notice. A metal rack full of small holes.

The diameter of one of these holes is about 2 mm while the wavelength (the size) of the waves is 12.5 cm.

This means the waves are confined inside the microwave oven because they don’t fit through the holes of the front rack. 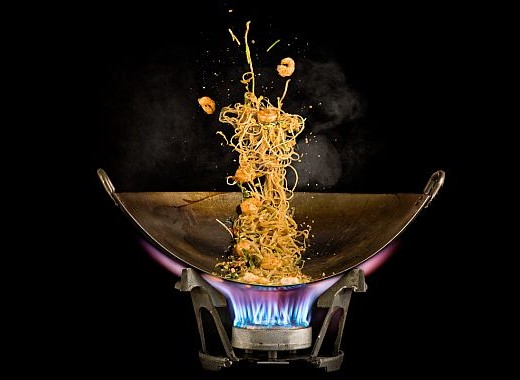 Where to cook the pasta.

Pasta needs more time to be cooked on top of a mountain than at sea level.

Recipes should have indications of how long you should leave the food in boiling water before it is cooked depending on which altitude are you located at.

This is because the boiling point of water depends on the pressure and atmosphere pressure changes with altitude.

So, if you are at sea level, the water will boil at 100ºC keeping your pasta at 100ºC during the whole process.

But if you climb the Mount Everest surprisingly the water will boil at 71ºC so your pasta will take longer to be cooked, because even though the water is boiling the temperature will be lower.

There is also a common misconception about the use of salt when boiling water. If you are tired of waiting for your water to boil you can add salt and the water will start to boil; however the temperature will remain the same. 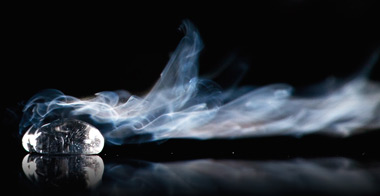 Can we see surprising physic effects on the kitchen?

We all already have, but we don’t notice because we aren’t paying enough attention.

There is a surprising fact you may notice when heating a pan. When an empty pan is being heated up and it rises to 100ºC temperature a drop of water dropped on the surface of the pan will disappear instantly, but if you wait a while ad continue heating the pan until the temperature is over 130ºC a drop of water won’t disappear. It will remain there for about a minute before vaporizing.

This doesn’t make any sense… something weird is happening. Well, what is happening is that the pan is so hot it quickly vaporizes the first layer of water, and the rest of the drop stays there, levitating on top of the vapour, without actually touching the pan. If you move the pan you will see the drop slipping smoothly all around.

Now that I’m talking about it you may remember you have sometimes seen this weird behaviour of water.

Now you know the water was not only acting weird, but flying!