Exposure to vacuum does not cause the body to explode, or blood to boil. You will not freeze and you will not instantly lose consciousness.

You will not explode either.

There is a correct belief that the pressure inside your body pushes against the weight of the air pressing against your skin. To balance this weight of air, each square meter of our body pushes back with 10 tons. The total weight of air tall person bears on their skin is about 20 tons. But this doesn’t mean the internal pressure of the body’s tissues will make it explode. Skin is quite tough and it would not simply tear. The body would expand to nearly twice its usual volume because the water in your tissues would turn into steam.

Holding your breath is likely to damage your lungs, something scuba divers have to watch out for when ascending.

It’s true that fluids boil when in vacuum

But your own normal blood pressure will keep your blood from boiling. Blood won’t boil, because the elastic pressure of the blood vessels keeps it at a pressure high enough so that the body temperature (37ºC) is below the blood’s boiling point (45ºC). Otherwise the saliva in your mouth could very well begin to do so.

You will not freeze.

But in a practical sense, space doesn’t really have a temperature. You can’t measure a temperature in a vacuum, something that isn’t there. The residual molecules that do exist aren’t enough to have much of any effect. Space isn’t cold, it isn’t hot, it really isn’t anything.

What space is, though, is a very good insulator. (In fact, vacuum is the secret behind thermos bottles.) Astronauts tend to have more problems with overheating than keeping warm.

You will not instantly lose consciousness.

You will stay conscious for about 10-15 seconds before the blood without oxygen reaches your brain and you start to suffer hypoxia.

We’ve all seen in countless B-movies and low-budget sci-fi shows how it works: If you go out there without a spacesuit, space will make you blow up. Your inner pressure compared to the outside pressure will turn you inside out in the blink of an eye. It made a guy’s eyes pop out of his skull in Total Recall, and even Bart and Homer Simpson died this way on a Halloween episode.

There is a scene in “2001: A Space Odyssey” where Bowman makes a space-walk without a helmet. This scene is right.

In 1966 a technician at NASA Houston was decompressed to vacuum in a space-suit test accident. He lost consciousness in 12-15 seconds. When pressure was restored after about 30 seconds of exposure, he regained consciousness, with no apparent injury sustained. 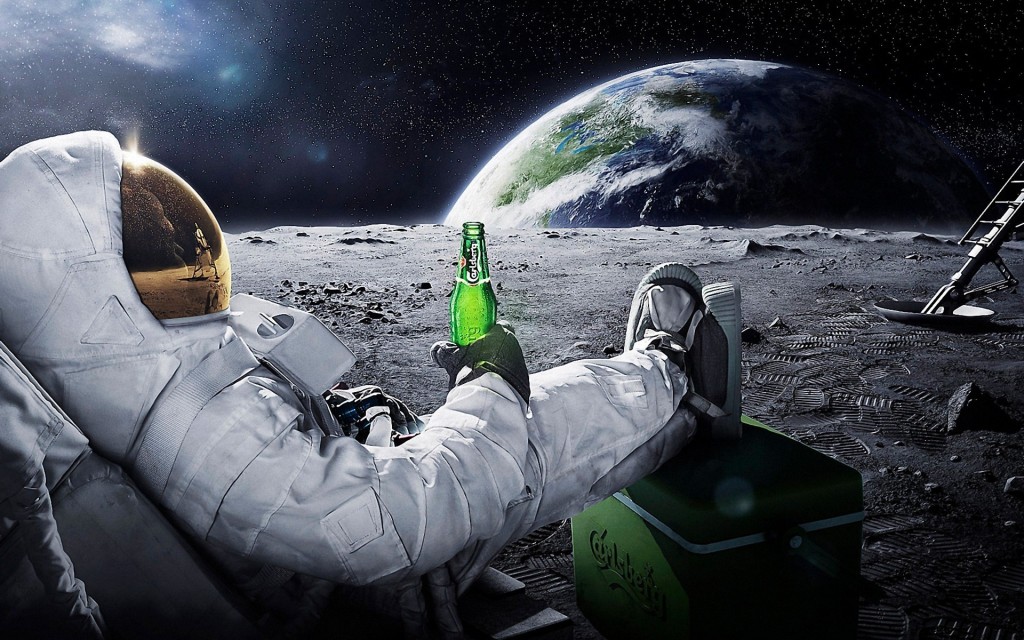 Can we see the Great Wall of China from the Moon?

It is commonly claimed that the Great Wall of China is the only human-made object visible from the Moon. This is false.

None of the Apollo astronauts reported seeing any specific human-made object from the Moon, and even Earth-orbiting astronauts can barely see it. City lights, however, are easily visible on the night side of Earth from orbit.  The problem is the wall is a maximum 9.1 m (30 ft) wide and the human eye is most sensitive to contrast, and the colour of the wall is not that different from the ground on either side of it. For the Chinese, the wall’s visibility from space has long been a point of pride. When “taikonaut” Yang Liwei, China’s first man in space, returned from the 14-orbitShenzhou 5 mission in 2003 and admitted to reporters that he had not seen the Great Wall, online forums exploded with disappointment. The Ministry of Education even had to modify its elementary school textbooks, which had long claimed the ancient barricade was visible.